Things said at a ladies night out – candy jar edition…

Over the weekend I was at a ladies night out with my mother-in-law in her ward. Which happened to be the ward Chase and I were in when we first got married. There was yummy soups and dessert (Can I say BYU Mint Brownies?!). After dinner we all did a craft. I made these cute holiday candy jars: 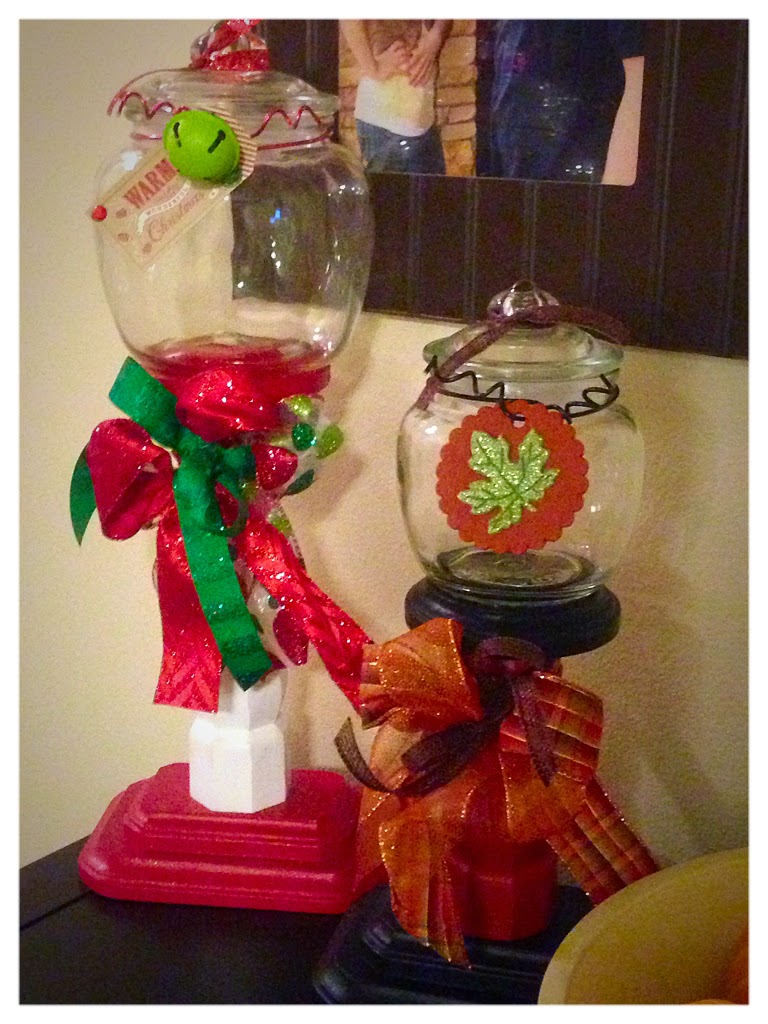 There was a girl there who I was talking to, she asked if I had kids (totally fine to ask that – just don’t ask “when we’re going to have kids”), I told her no, but we’ve been trying for 5 years. She said that she was sorry, but had a friend who had done this… and then another friend who had this… At that point I was more hurt that she wasn’t asking about me, and was just telling me of all these people she knew who had infertility, but who got pregnant on their own. I tried to be nice to her, but deep down I was so hurt by what she had said. When I don’t personally know these girls and what their struggles really are, I have a really hard time hearing their success stories. Mainly because I have heard the same thing over and over again.

Through the pain that I was feeling at the party, I started thinking of my first visiting teaching companion when Chase and I first got married, she is a bit older than me, but went through infertility too. She is a JOY to be around, she makes everyone smile, and yet she hasn’t EVER been able to have kids – they’ve adopted all of their children. Looking back, I got a feeling that I was put with her for a reason. Though I didn’t know it at the time, and didn’t really think about it until I saw her at the party.

Forward to a few years later when I had another companion in a different ward who became one of my good friends. She suffers from Endometriosis, and had a very hard time conceiving 2 of her children. It’s just interesting how I was put with those ladies, and know the pain (and they know mine) that they have gone through to get kids into their family.

For me being a member of The Church of Jesus Christ of Latter-Day Saints (mormon), a lot of times looking back I see why things were put in our way, or why people were put into our lives at that time. I know that Heavenly Father watches out for us and cares about us. He is trying to help give us strength to overcome our challenges.