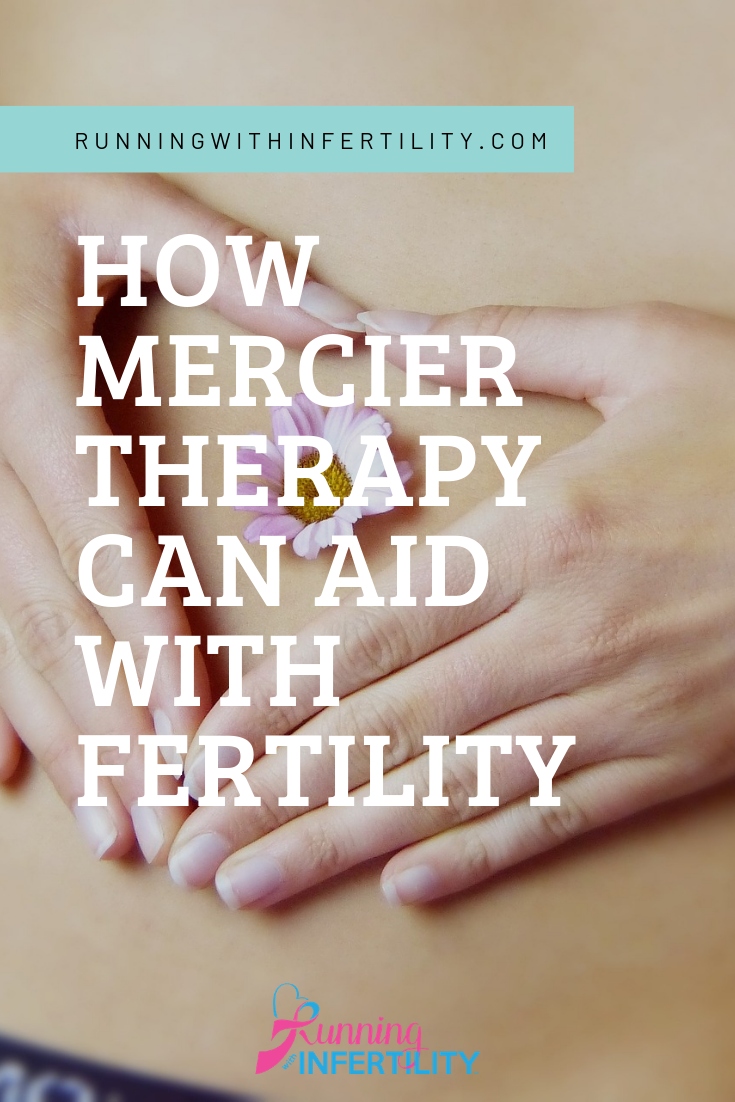 How Mercier Therapy Can Aid With Fertility

It got me thinking and doing more on my end to reduce the amount of harmful toxins that would be added to our house and to our earthly environment. That spiraled to what foods we were ingesting and then got me thinking on what could I do to get pregnant naturally. Because I was NOT going to do IVF again. So I started researching more natural methods.

My friend, Kelsey, had let me go to one of her sessions of Mercier Therapy. And a couple months later she herself went and trained to become a Certified Mercier Therapist. Learning about Mercier, I decided that I wanted to try to see if it would help my painful periods that I’ve always had and to aid in fertility.

If you don’t know what Mercier Therapy is, feel free to check out Dr. Mercier’s website. It is essentially a deep pelvic visceral manipulation (or massage) that restores blood flow to the reproductive organs.

In March and April I had a 6 week session done. I was waiting for June/July, but when talking to Kelsey she said doing it sooner would have long term benefits. So we started within the next couple of weeks.

After our first appointment she gave me a whole bunch of supplements to start taking. And a bottle of caster oil to do many caster oil packs. It was a nice deep tissue massage, and we noticed that my left hip/pelvis was tighter than my right side. I was super sore for a few days after. I was nervous that my pelvis would be sore the following appointments. But I did a caster oil pack, and surprisingly wasn’t nearly as sore.

I did need to change our appointments a few times because I was going to be on or getting off my period. To help reduce endometriosis it is not encouraged to do a session while on your period. The last 5 sessions I wasn’t as sore (or at all) and it felt really good. I was using the caster oil pack before and after each appointment, which I think helped. I believe that helped loosen my pelvis up.

While I was hopeful that it would start being beneficial (by getting pregnant naturally) the month or two after, it hasn’t. I have, however, noticed a decrease in pain during menstruation. I asked Kelsey about endometriosis, and she encouraged me to get a session done at least every other month to help reduce pain and have those prolonged benefits.

Would I suggest others to get Mercier Therapy done? Absolutely! This will have benefits for those trying naturally and before going through fertility treatments (IUI, IVF). I have also read of women not needing their tubes removed because of Mercier Therapy.

While I don’t have all the answers and haven’t researched extensively, my thought is try something new, it couldn’t hurt right?